5 free, vegan friendly, gluten free, 9 free…call it what you will. But is non toxic nail polish a lie? New evidence suggests it is

Who doesn’t love having sparkly, polished nails? A pedicure looks great with a sandal or with bare feet on the beach, and a beautiful manicure never fails to give our confidence level a bit of a boost. And now that there’s a plethora of 5 (or more) – free nail varnish brands on the market, we can rest assured that our mani/pedi addiction is healthy.

Most of us never question whether 5-free nail polishes are non-toxic. That’s mainly since they’re definitely free of nasty ingredients like dibutyl phthalate (DnBP), toluene, or formaldehyde. And those ingredients are nasty indeed: the latter can cause birth defects, thyroid problems, allergic reactions and even cancer, for example. But the truth is that new research shows the chemicals 5-free do contain may not be any safer.

So, does that mean non toxic nail polish is a lie? Let’s look at the evidence. 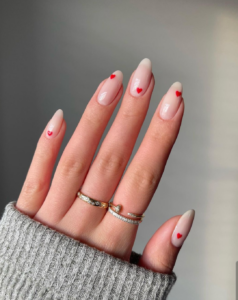 The study mentioned above was published in Environmental Science and Technology. It examines the common practice of nail polish manufacturers labeling their products as “5-free.” This label usually means that in addition to the aforementioned “toxic trio” above, their formulas are also free of the potential allergens camphor and formaldehyde resin.

Ok, I know what you may be thinking: 5-free is nothing, right? There are now polishes that claim to be all the way up to 13-free. So, that sounds pretty darned free of harmful chemicals, right? Maybe not so much.

The study’s first author, Anna Young, a doctoral student at the Harvard T. H. Chan School of Public Health, says that even if consumers think a higher number of “xx-free” co-relates to a healthier nail product, that may not be the case.

To come to this conclusion, Young and her colleagues studied 55 nail varnishes across 44 popular brands sold in beauty stores and nail salons. They compared the labels and ingredient lists for these products, and checked to see whether each one was indeed free of the harmful ingredients as it claimed to be.

This held true for the 3-to-5-free products, but as the numbers rose, the meaning of what that number meant became inconsistent.

For example, of the products tested that were labelled “10-free,”there were six different variations as to what those 10 toxic compounds were. And because there’s no standard regulations for labelling products as being free of certain chemicals, there’s no way to know if a certain ingredient will or won’t be included in a product’s list of exclusions.

What defines a non-toxic nail polish?

Not sure what the difference is between ‘regular’ and ‘non-toxic’ nail polishes?

Well, in case you’re wondering, 5-free means the varnish will not contain:

And anything above that will lose two or more of these, too:

To make things even more convoluted, some manufacturers’ exclusion lists included things like fat, wheat, gluten, and animal-based ingredients, which don’t actually pose a health threat to most nail polish users. In short, just because certain stuff is not included in a product doesn’t mean it’s necessarily any safer or better for you.

But the bigger issue is this: just because brands remove harmful ingredients like DnBP, that doesn’t mean they’re not replaced with similar chemicals that haven’t been targeted as being harmful – yet.

Take time to examine what is inside! Precious Galetée by Le Rouge Francais offers an intensly nourishing nail polish line with  a virtuous formula that protects and beautifies your nails for a shiny and long-lasting result. All ingredients are natural and biosourced, the formulation is innovative and vegan, beautifying nails with the healthy powers of AHA that stimulate cell renewal or the reminalizing red algue. ​​​​​​​​

The good news is that by now, most brands have phased out DnBP. They are also reducing the amount of a similar plasticiser (and suspected endocrine disruptor) called triphenyl phosphate (TPHP).

But the authors of the new study argue that brands should be doing more to exclude entire classes of ingredients. For example, highly toxic phthalates are plasticisers that allow for nail polish to peel off. These harm not only human health, but the environment in general, too. Taking out individual compounds, one at a time, isn’t enough.

Bad for the planet, not just us

If you polish your nails once in awhile, there’s no need to panic. Occasional use of nail varnishes isn’t likely to cause serious health concerns. Young and her team are much more concerned about the public health issue that affects the many, many nail workers who are exposed to these chemicals on a daily basis. And personally, we’re concerned about the environmental impact of nail polish. For example, the unsold bottles. What happens to those billions of little bottles of poison?

This certainly an issue for the planet. When you remove nail varnish, the chemicals are wiped off with nail polish remover onto cotton pads, which are then tossed into the bin or toilet. This eventually pollutes the earth and our waterways. However, there are also all natural solutions of Nail Polish remover as for example by Kure Bazaar. 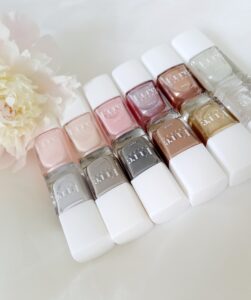 What can you do?

You can definitely make smarter decisions by reading the full ingredient labels, rather than buying into a marketing gimmick on the front of the package.

Anything with phthalates is going to be harmful, for example. You should also know that just because one toxic ingredient has been removed, it doesn’t mean there still aren’t risks associated with others. The worst offenders? Those super-sparkly varieties that use tiny carbomer particles of plastic glitter. These are virtually impossible to filter out of the water, meaning you end up drinking the stuff you polish your nails with. 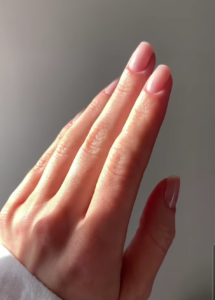