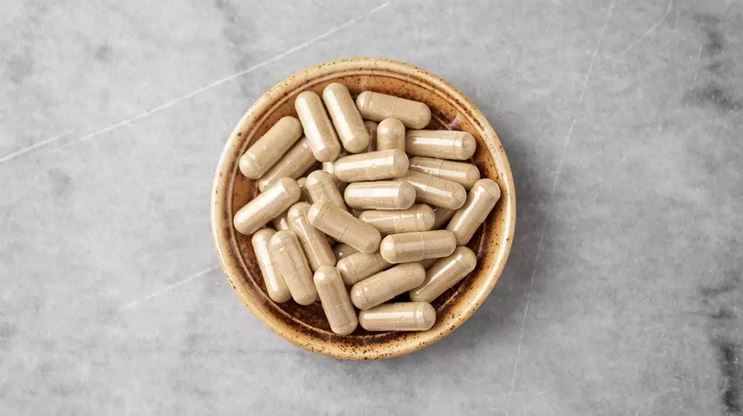 Ashwagandha is a powerful herb also known as Indian ginseng or winter cherry.

Extracts of its root are most commonly used and sold in tablet, liquid, or powder form.

Used for centuries in traditional medicine, it has gained recent popularity as an alternative treatment for thyroid issues.

This article explains whether you should take ashwagandha to support thyroid health.

The thyroid is a butterfly-shaped organ located at the base of your neck. It plays a key role in metabolism, bone health, and growth and development.

The three main hormones important for thyroid health are:

TSH is controlled by the pituitary gland, a small peanut-sized gland located near the base of your brain. When T3 and T4 levels are too low, TSH is released to produce more of these hormones. An imbalance between them may indicate thyroid issues.

There are two main types of thyroid disorders — hypothyroidism and hyperthyroidism.

In contrast, hyperthyroidism is characterized by the overproduction of thyroid hormone. People with this condition usually experience shortness of breath, an irregular heartbeat, fatigue, hair loss, and unintentional weight loss.

In Western countries, 1–2% and 0.2–1.3% of the population have hypothyroidism or hyperthyroidism, respectively.

Both conditions are typically treated with synthetic medication. However, some may seek natural alternatives, such as ashwagandha.

Summary Hypothyroidism is a thyroid disorder characterized by low levels of thyroid hormone, whereas hyperthyroidism is linked to high levels. Some people use ashwagandha to treat these conditions instead of synthetic medication.

While ashwagandha has many potential health benefits, you may wonder if it’s worth taking for thyroid health.

Does ashwagandha help with hypothyroidism?

An 8-week study in 50 people with hypothyroidism found that taking 600 mg of ashwagandha root extract daily led to significant improvements in thyroid levels, compared to taking a placebo.

Those in the ashwagandha group showed significant increases in triiodothyronine (T3) and thyroxine (T4) levels of 41.5% and 19.6%, respectively. Furthermore, thyroid-stimulating hormone (TSH) levels decreased by 17.5%.

Ashwagandha’s cortisol-lowering effects may be responsible.

In another eight-week study, adults with bipolar disorder were given ashwagandha. While three participants experienced increases in T4 levels, this study was limited.

More studies are needed to better understand the long-term effects of ashwagandha on hypothyroidism.

Does ashwagandha help with hyperthyroidism?

No human studies have examined ashwagandha supplements and hyperthyroidism.

That said, ashwagandha may exacerbate hyperthyroidism symptoms by boosting T3 and T4 levels, potentially leading to a serious form of hyperthyroidism called thyrotoxicosis.

Thyrotoxicosis occurs when your body has extremely high levels of circulating thyroid hormones but low levels of TSH.

Therefore, it is important to speak with your healthcare practitioner before taking ashwagandha, especially if you have hyperthyroidism.