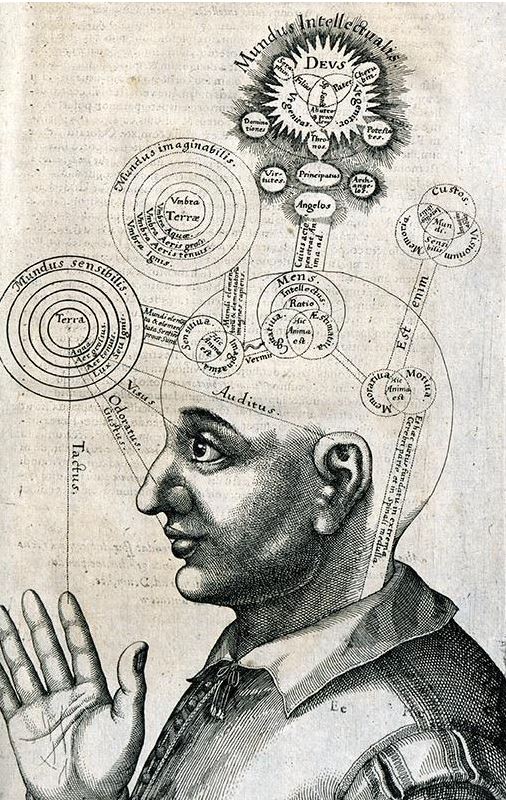 According to a top herbatist Adriana Ayales of Anima Mundi, many of us have been taught that depression is the result of a genetic chemical imbalance. And while there is certainly a genetic component to depression, and, yes, neurotransmitters like serotonin do play a role in mood, depression actually has many potential root causes. Our mind, body and soul experience constant renewal and transcendence. In fact, so much so, that the latest discoveries within neuroplasticity teach us that our brain literally rewires itself daily.

You’re not your chemical inheritance. You’re not confined to the destiny of your genes, or the end result of stress, trauma, depression, chronic unhappiness, etc. You might not be who you think you are. The latest research supports the notion that we have a natural ability to change the brain and body by thought alone. Because you can make thought more real than anything else, you can change who you are from brain cell to gene.

There is a serious disheartening news about antidepressant medications that need to be considered before they’re taken. Many people opt to taking antidepressant medications instead of changing the circumstances and habits that might be fueling the depression. There are significant amount of studies demonstrating how depression can indeed be healed faster with meditation, herbs, diet, lifestyle choices and more, than the actual anti-depressant itself.

If you look at placebo studies, about 83% of the people in a double-triple blind placebo study, respond just as well as the anti-depressants. You can do functional scans at the brain before and after, and after 6-8 weeks after intake, you can see the change significantly. This means the brain is creating its own pharmacy of chemicals equal to the chemical they were taking. The chemistry of the brain has been proven to chance by thought alone.

Factors that may trigger depression:

The foods you eat, what you listen to, what you read, the people you hang out with, and the things we subject ourselves to, all have a huge effect on your mood and on your emotional state. The psycho-emotional mindsets are quite necessary to set the foundation for change, coupled with true self care practices, nutritional and medicinal assets, are powerful complements to ignite true change.

Backed by extensive scientific research especially from Germany where some 3 million prescriptions for hypericum and almost 66 million doses of hypericum preparations are consumed annually, this ancient botanical, the favorite of herbalists of present and centuries past, is beginning to be used in western medicine for nervous anxiety, and sleep disorders.

St. Johns Wort has also been successful and researched to helping with wound healing, hormonal imbalances such as those with PMS and menopause, as well as helping with SAD (seasonal affective disorder).

The regular 300 mg dosage three times at different intervals throughout the day for at least a month to six weeks before making an objective evaluation. After six weeks, the dose can be slightly reduced. St Johns Wort contains no known side effects.

Rhodiola rosea has received quite a lot of press as it’s a big player amongst clinical trials as an antidepressant. Rhodiola is also a well known adaptogen, meaning it regulates the endocrine system (our stress response). It also supports the limbic system, also known the center of our emotions. The limbic system is composed of key glands that are said to be the glands of perception which directly influence our consciousness, some of them being the hippocampus, amygdala, hypothalamus, pituitary glands. This system directly responds to norepinephrine, serotonin and dopamine and consequently contributes to positive outcomes in emotion, memory, mood, pleasure, energy and drive.

As with other adaptogens, Rhodiola acts upon the central nervous system to enhance the actions of neurotransmitters such as norepinephrine, dopamine and serotonin. Which as we learned above are key players to experiencing happiness, clarity, joy and an uplifted mood. It also makes the blood brain barrier more permeable to neurotransmitter precursors, so adequate neurotransmitters can be produced. Rhodiola is also well known to stimulate and protect brain function.

Clinical doses are commonly 200 to 600 mg/day. For depression, doses of 340 to 680 mg/day of R. rosea extract (as SHR-5) have been evaluated for up to 12 weeks. Rhodiola contains no known side effects.

Mucuna is perhaps one of nature’s most important antidepressant food and medicine. Mucuna pruriens is extraordinarily rich in L-Dopa, the amino acid found in our body known to be the pre-cursor to dopamine, and a host of other neurochemicals such as epinephrine, norepinephrine and serotonin.

Several studies have demonstrated that healthy levels of dopamine, along with the presence of other key neurotransmitters such as epinephrine and norepinephrine, can prevent Parkinson’s. Mucuna has also been found to boost hormone production and libido, which can help to fight depression in many cases if low or imbalanced hormone levels are a contributing factor. Mucuna is also fairly rich in a number of vitamins and minerals as well, and for this and other reasons it is eaten daily in many indigenous cultures around the world and is a remarkably safe and effective food for fighting depression.

Clinical doses are commonly 15-30 grams per day of a standardized extract. Mucuna might have interaction with antidepressants, please consult your doctor before using.

The flowers and bark of the mimosa tree (Albizia julibrissin) are among the most valued of Chinese botanicals for relieving anxiety, stress and depression. Recently some Chinese herbalists and acupuncturists have even called it ‘herbal Prozac’.

Chinese people traditionally recommend its use for anyone who is suffering from grief and sadness as a result of a severe loss or trauma.

Both the bark and the flowers of albizzia are used as a calming sedative. Categorized in the Chinese Materia Medica as a calming spirit herb, “the bark is thought to ‘anchor’ the spirit, while the flowers lighten it.” (ND Michael Tierra). The flowers have also been used for the treatment of insomnia, anxiety, performance anxiety, lack of enthusiasm, amnesia, and confusion in Oriental traditional medicine as well as depression and melancholy.

Albizzia has been offered paired with other shen tonics, and adaptogens when dealing directly with depression. The classic clinical dosage is 200mg per day of a standardized extraction. There are no known side effects.

Ashwagandha, known as “Indian ginseng”, is considered one of nature’s greatest “anti-depressants” due to its powerfully calming effect on the endocrine and central nervous system. Taken daily, ashwagandha can significantly lower cortisol levels, stress, anxiety and depressive symptoms. It’s better than standard antianxiety and antidepressant drugs as it stabilizes mood, relieves insomnia, and revitalizes the body without any side effects or withdrawal symptoms. Moreover, it can manage weight and food cravings in chronic stress patients. Have 3–6 gm ashwagandha root powder daily for best results, but first consult with an Ayurvedic doctor.

In a study on people suffering from chronic stress, it was found that ashwagandha roots could bring down the cortisol levels by 28% in just 2 months. It could improve the symptoms of stress, and in some cases, even prevented stress all together.  The classic clinical dosage of ashgandha for depression is 250–500 mg per day for at least one month. Generally Ashwagandha is very safe, although it may increase thyroid hormone levels, which could cause fatigue, anxiety, shortness of breath and other problems.

A Superfood Highlight is Cacao!

Anandamide is a neurotransmitter that has been isolated in Cacao, and is
released naturally in the brain when we are feeling happy. Aside from containing Anandamide, Cacao also contains enzyme inhibitors, which inhibit the breakdown of anandamide in the body, thus increasing its uptake and contributing to sensations of ‘bliss’ associated with raw Cacao. In Sanskrit, Ananda means ‘bliss’, making this the ‘bliss chemical’.