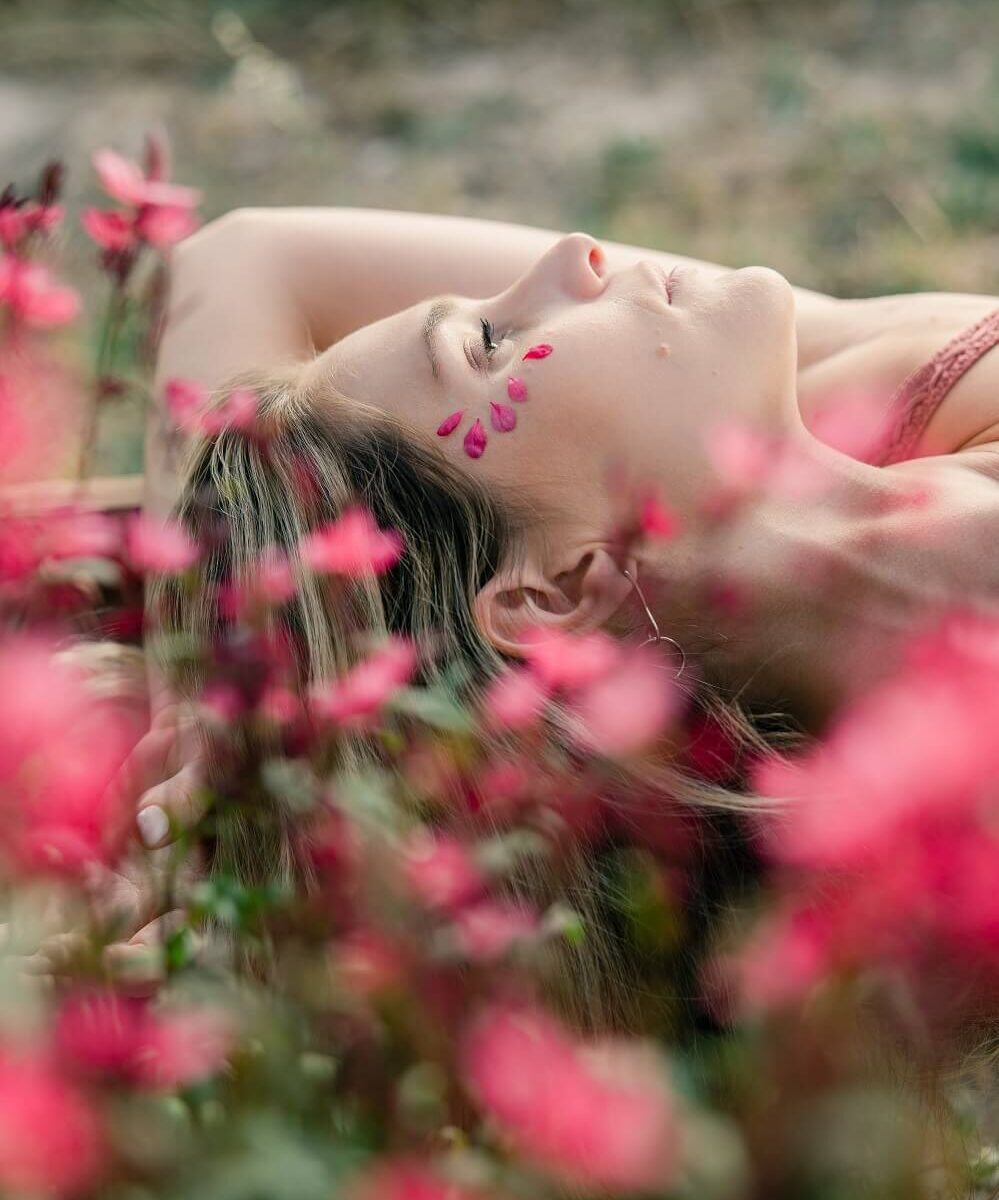 What UV filter was found to degrade into a known carcinogen? Why are pool waters accumulating toxic sunscreen byproducts? Are sunscreen filters in amniotic fluid safe for unborn babies? What mineral filters cause genotoxicity and DNA damage?

01 Sunscreen filters are absorbed into the bloodstream at rates up to hundreds of times over the 0.5 ng/mL FDA safety treshold.

03 Oxybenzone in the urine of pregnant mothers is associated with the risk of birth to neonates with Hischsprung’s diesease.

08 Zinc Oxide and Titanium dioxide are the only two filters regarded as safe according to the FDA. Two are not considered safe and 12 others lack sufficient safety studies to acess their safety.

No. 01
Sunscreen filters are absorbed into the bloodstream at a rate up to hundreds of times over the 0.5ng/mL safety treshold.

A 2019 FDA study has found that all 4 tested sunscreen chemicals were absorbed into bloodstream at alarming concentrations, oxybenzone reaching 209.6 ng/mL – a 419 times over the 0.5 ng/mL safety treshhold.

A 2020 Randomised Clinical Trial examining sunscreen application among healthy participants, found that all 6 of the tested active ingredients were systemically absorbed and had plasma concentrations that surpassed the FDA threshold of 0.5ng/mL. 30% of the participants developed a rash during the course of the study.

The maximum plasma concentrations were as follows:

The placental transfer rates of four of the 8 tested benzophenones were higher than 1.0, suggesting that exposure levels of these chemicals in fetuses were greater than those in mothers.

A 2019 study from Hong-Kong found sunscreen filters in 58% of the 53 urine samples of children 4-6 years old. Only two of which were reported to use sunscreen. This indicates other sources of exposure to these chemicals except sun creams.

BP3 was found in 100% of tap water and bottled water samples.

A 2017 study from Spain found sunscreen filters in 24% of tested breastmilk sample with major contributors being oxybenzone (benzophenone 3, BP3), its metabolite 4,4′-dihydroxybenzophenone (4DHB), and UV320.

As a reminder 0.5 ng/mL is considered to be the safety threshold.

A 2020 study from Spain testing concentrations of parabens (PBs) and benzophenones (BzPs) in menstrual blood concluded that “globally all menstrual blood samples had detectable levels of ≥3 compounds, and 52.6% of the samples contained ≥6 compounds”.

A 2017 Danish study found sunscreen filters in 80% of urine samples during autumn months where sunscreens are not needed in Denmark, indicating there maybe other sources of exposure.

A 2008 Swiss study found oxybenzone and other chemicals in 76.5% of breast milk samples, concluding that: “Our data indicate that pre- and postnatal exposure to 4-MBC and 3-BC can interfere with sexual development at brain and reproductive organ levels.”

No. 03
Oxybenzone in urine of pregnant mothers and the risk of giving birth to neonates with Hirschsprung’s Disease.

A 2019 study found an association between medium to high levels of oxybenzone in urine of pregnant mothers with giving birth to neonates with Hirschsprung’s Disease, a development abnormality afflicting around every 1 in 3,000 births.

A 2016 study found that maternal BP-3 exposure was associated with offspring with HSCR diseases.

Study authors discovered dose-response relationship between BP-3 exposure and the expression of genes involved in the migration of enteric neural crest cells migration to hindgut during embryogenesis from 5 to 12 weeks.

Via Haereticus Labs: “Another finding was that oxybenzone causes cellular manifestations of Hirschsprung’s Disease by preventing neural crest cells from both migrating and differentiating into mature nerve clusters. This cellular pathology occurred at concentrations seen in both pregnant women and in utero (cord blood), and at concentrations calculated for any woman who uses 6% oxybenzone following an oxybenzone-sunscreen product instruction on a daily basis.”

A 2017 study evaluating the in vitro genotoxicity of ZnO nanoparticles and macroparticles found that “all the tested zinc compounds induced similar concentration-dependent cytotoxicity, but only ZnO NPs significantly increased DNA and chromosomal damage, which was accompanied by a reduction of GST and CAT activity”.

Both nanoparticles were found to generate reactive oxygen species (ROS), deplete the glutathione and cause DNA damage. The nanoparticles of ZnO were significantly more genotoxic than those of TiO2 at higher concentrations. The toxicity of these NPs is due to the generation of ROS thereby causing oxidative stress.

A 2019 study on zinc oxyde nanoparticles in fruit flies found that in vivo exposure to ZnO NPs are genotoxic and that the exposure induced DNA double strand breaks.

A 2021 study investingating how the long-term exposure of UV-filter octylmethoxycinnamate (OMC), used daily by pregnant women, affects their vascular homeostasis.

Researchers concluded that long-term exposure of UV-filter OMC impaired the main vasorelaxant mechanism of human umbilical arteries and can be an inductor of pregnancy hypertensive disorders.

Another study (2021) investigating the exposure of the endocrine-disrupting compound – Octylmethoxycinnamate (OMC) on the arterial tonus of pregnant women with hypothyroidism, found that OMC-exposure may be involved in the development and increased risk of cardiovascular diseases.

Previous study (2019) demonstrated the pathways by which OMC induces a rapid/short-term smooth muscle relaxation of the Human Umbilical Artery.

A 2018 study examined the relationships between 2nd trimester maternal concentrations of three chemical UV filters and maternal serum concentratiaons of thyroid hormones and growth factors, as well as birth outcomes (weight, height, and head and abdominal circumferences). The authors found that male infants of mothers exposed to 4HBP had statistically significantly lower weight and shorter head and abdominal circumferences at birth compared to the low exposure group.

No. 06
Octocrylene degrades into a toxic chemical that is a known carcinogen and an endocrine disruptor.

A newly published study (2021) found that a popular sunscreen filter Octocrylene degrades into a toxic chemical that is a known carcinogen and endocrine disruptor – benzophenone. Both octocrylene and benzophenone are readily absorbed into the skin.

In animal studies exposed to benzophenone gave rise to liver cancers and lymphomas. In presence of light benzophenone can act as a photo-mutagen; where it increases the rate of DNA lesions, thus increasing the risk of skin cancers.

On July 14th 2021 – Johnson & Johnson issues a recall of 5 of their sunscreen products two months after Valisure, an online pharmacy that detected benzene in 78 samples, filed a petition with the U.S. Food and Drug Administration (FDA) calling to remove these products from the market.

“At the FDA conditional restriction limit of 2 ppm for benzene, 28.5 g of sunscreen would contain 57,000 ng of benzene in a single application which may reasonably be used 4 times per day, therefore amounting to 228,000 ng of benzene exposure per day.

(…) sunscreen products applied according to amounts consistent with FDA researchers’ studies and contaminated at 2 ppm benzene, will expose an individual to 2,375 times the acceptable daily limit.

The highest benzene detection of 6.26 ppm in J&J Neutrogena Ultra Sheer Spray equates to approximately 695,800 ng of benzene in one day or 7,248 times the NDMA limit.

“Decades of research has shown that regular exposure to benzene at concentrations of 1 ppm, or potentially even lower, have been clearly associated with the development of cancers of blood tissues, such as leukemia”

In their recall statement, Johnson & Johnson said that detected levels of benzene are “low” and “would not be expected to cause adverse health consequences”, and that a company recalls the products “out of an abundance of caution”.

Octocrylene was first approved in 1991 and US-approved in 2006 and it is contained in tens of thousands of products worldwide.

No. 07
UV-filters undergo a chemical reaction in a presence of chlorine or bromine used to disinfect pool and drinking waters, making them significantly more toxic.

A 2020 study investigating the chlorination of UV filter 2,3,4-trihydroxybenzophenone (2,3,4-THBP) found that the process caused the formation of four transformation byproducts and that the toxicity of reaction mixture was 1.84 times higher than that of 2,3,4-THBP.

Bromoform is a Group B2 – probable human carcinogen. Animal studies data indicate that long-term oral exposure can cause liver and intestinal tumors.

A 2016 study examing the transformation of oxybenzone in the presence of chlorine (such as in pool waters) found that disinfection byproducts (DBPs) including chloroform, trichloroacetic acid, dichloroacetic acid and chloral hydrate were quickly formed. Genotoxicity test indicated that genotoxicity was highly elevated after chlorination.

The results indicated that more genotoxic transformation products were produced in spite of the elimination of oxybenzone, posing potential threats to drinking water safety.

No. 08
Zinc Oxide and Titanium Dioxide are the only two filters regarded as safe according to the FDA. 2 filters are not safe and 12 others lack sufficient safety studies.

From the FDA website:
“In the proposed rule, the FDA makes the following proposals for sunscreens marketed without FDA-approved applications:

Notice, that the importane of particle size in the safety of Zinc Oxide and Titanium Dioxide was not mentioned.

A 2018 study examined the impact of BP-3 on the nervous system and its possible adverse effects on the developing brain using neocortical tissue from Swiss mice cells.

A 2019 study in rats showed that BP-3 is absorbed through the skin, passes through the blood-brain barrier where it raises oxidative stress and induces apoptosis in the brain. BP-3 increased the concentration of extracellular glutamate in examined brain structures and changed the expression of glutamate transporters. Thus, exposure to BP-3 may be one of the causes that increase the risk of developing neurodegenerative diseases.

A 2020 study examining the effect of combined prenatal and adult benzophenone-3 dermal exposure on factors regulating neurodegenerative processes, blood hormone levels, and hematological parameters in female rats, found that: BP-3 was present in blood and brain structures in females at a lower concentration than in males. BP-3 increased extracellular glutamate concentration and enhanced lipid peroxidation, but did not induce the apoptotic process. The tested compound also evoked hyperthyroidism and decreased the blood progesterone level and the number of erythrocytes.

Meanwhile, Phytochemicals have the ability to increase the antioxidant capacity of the skin, preserve collagen and elastin, protect against sunburn, calm inflammation and influence genes involved in DNA repair and cellular resistance to UV stress while activating the genes that increase our skins’ resilience to UV stress. 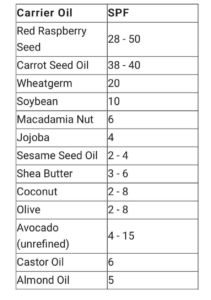