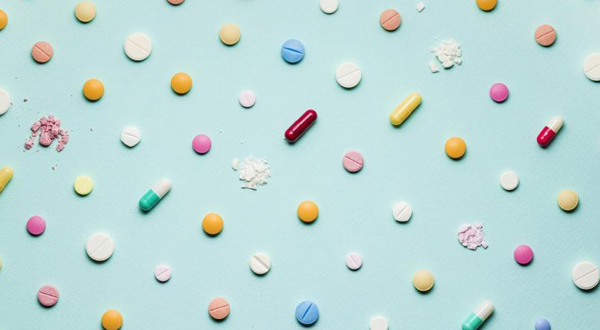 Just think for a moment how much visual, auditory, and sensory information you’re exposed to and required to process every single day. From the TV or radio as constant background noise, to the phone ringing, to artificial lighting, to chemical-laden air fresheners circulating smells of fresh linen, to electromagnetic fields piercing through your brain, to the new procedure you have to learn at work, the human brain has to organize and deal with this information all while keeping you upright and going.

Although the human brain has incredible skills and unimaginable capabilities, modern living creates unprecedented stress and sensory overload from all of the information it’s required to process every single day. Sensory overload has even been shown to cause irritability, anxiety, mood swings, depression, ADHD, fibromyalgia, PTSD, and chronic fatigue syndrome. The ability of your brain to continue learning, processing, and forming new neuronal connections is key to maintaining optimal brain health and longevity.

Before you go lock yourself in a dark, quiet room in order to prevent this overburden on your brain, you should know that there are actually scientifically researched nutrients designed to amplify cognitive function and help your brain deal with this sensory stress load. In fact, when combined together and in the right dosage, these nutrients can completely change how your brain performs. The fact that brain-boosting supplements even exist goes unnoticed by the average person just doing their best to accomplish their work, manage a home, eat properly, workout, maintain relationships, explore hobbies, and somehow sleep each night. Well, it’s time to wake up your brain. Welcome to the world of smart drugs and nootropics.

Smart drugs and nootropics are substances that boost cognitive function and enhance brain efficiency. They have the ability to improve brain performance so you can focus better, become more creative, increase your memory, boost productivity, and think more clearly. These substances are becoming well known and very popular in use, and one of the biggest myths surrounding smart drugs and nootropics is that they are the same thing.

Although they produce similar cognitive benefits, they do not have the same cognitive effect, safety, or side effects. A smart drug is a prescribed medication or generic label drug that is used to treat a mental or cognitive disorder. A few examples of smart drugs are Adderall, Ritalin, and Modafinil. Smart drugs may relieve a mental or cognitive disorder, but the treatment comes with a cost.  These drugs are stimulants that produce spikes in dopamine and norepinephrine. The hormonal spikes these drugs produce can lead to tolerance, poor habit formation, mood instability, depression, anxiety, stroke, and adverse effects on appetite, cardiac function, stress levels, and sleep.

Since drugs like Adderall and Modafinil are considered amphetamines, they compete with other neurotransmitters for uptake. This competition can deplete nutrients very quickly elsewhere, like in dopamine and norepinephrine levels. For this reason, you must be careful you know what you’re doing when you step into the world of smart drugs and nootropics.

Want similar cognitive benefits without all of those nasty side effects? Nootropics boost the brain without the side effects of a stimulant or chemical-laden drug.  Nootropics are non-prescribed compounds including vitamins, herbs, and other natural and synthetic compounds that provide a daily cognitive boost, protect your brain, and support peak cognitive function. Nootropics provide these benefits without neurotransmitter depletions, adverse body side effects, or building a tolerance or reliance. The mechanisms for nootropics are quite different than smart drugs in the way they act within the structural connectivity of the brain, the improvement of blood flow and oxygenation, and the long-term strengthening of various brain regions. Think of nootropics like a super supplement for cognitive function and protecting your brain.

Unlike smart drugs, the majority of people can take nootropics without suffering side effects, however, there are both natural, and synthetic, lab-created nootropics. Listed below is a roundup of both natural and synthetic nootropics that will equip you with the knowledge you need in order to decide which nootropics to take to accomplish your goals, ranging from faster reaction time to mood enhancement to reduced anxiety to better focus and more.

Although these are not the only natural nootropics, this list provides you with the main ingredients in most nootropic and smart drug blends.  After determining which nootropics address your specific cognitive enhancement goals, you can take it a step further and enhance the effects of the compounds by mixing and matching to create your own “nootropic stack.” A nootropic stack mixes different nootropics to obtain the best synergistic combination of each compound’s benefits.

While you may prefer the natural nootropics, the majority of synthetic nootropics have been generally regarded as safe and can be used in combination with natural ingredients. An example of this is Piracetam used in combination with choline and DHA. Piracetam is not found in nature; however, it is originally derived from and has similarities to the neurotransmitter GABA. Since Piracetam has been shown to improve cell membrane function and have neuroprotective effects, when combined with other cell membrane oriented supplements like choline and DHA, the brain cells can better signal and relay messages to each other, which improves cognition and brain activity.

When creating your own stack, you must carefully think about what your exact needs and goals are. For example, if you want to reduce anxiety and improve mood, but don’t necessarily care to enhance your cognitive performance, you would want to stick to just one nootropic that improves dopamine levels such as tryptophan. Or if you wanted to reduce anxiety and support mood while improving your memory, you could add Bacopa Monnieri with the tryptophan. Let’s say you do want a long-term cognitive performance that lasts an entire day, try adding Piracetam to the mix.  Whatever you decide to do, use a strategy. Make sure the dose is safe, and understand exactly why you are putting the ingredient in, and how it may interact with the other compounds. For those of you who do not want to experiment, listed below are a few of the most common nootropic stacks.

Whether you build your own stack or try one of the nootropic blends listed above, be sure to think in terms of nutritional support of cellular metabolism and function, amino acids, and natural, or close to natural compounds.  Make sure to avoid bad fats and toxic chemicals in smart drugs that may give a brief boost in cognitive performance, but have serious side effects as well as too much caffeine and sugars. Also, pay attention to what you are putting in your mouth during this process. Additional DHA and omega-3 fatty acids coming from grass-fed meats, wild-caught fish, and certain nuts and seeds, along with high protein foods rich in neurotransmitter building amino acids are phenomenal for brain health. Learn more about which nutritious foods to eat to support your cognitive health in the article Food & Nutrients For Brain Health – Improve Memory, Focus, Mood, Motivation & More.

If you happen to feel a very strong effect dose to dose, such as getting high, wired, or sedated, it is most likely a smart drug, recreational drug, or something that may be enhancing some aspect at the expense of another. These substances are not considered nootropics. As mentioned earlier, nootropics have an initial loading phase to build up in your system, followed by a maintenance phase. While the immediate effects of high doses of caffeine, alcohol, and smart drugs are very tempting, keep in mind the negative consequences that make them unsustainable for the majority of people. Nootropics should be sustainable and are well worth the initial loading phase wait. As mentioned above, it’s also crucial to understand what the nootropic ingredients do to your body before you experiment. Read on to learn about a long list of different scientifically studied nootropic ingredients broken down into seven categories so you have the best knowledge of what these compounds can do for your brain.

As you have already learned, nootropic compounds are psychoactive and neuroactive chemicals that play key roles to improve cognitive function, memory, creativity, brainpower, and motivation without the negative side effects of prescription smart drugs. Nootropics have been highly studied in people with cognitive deficiencies; however, many user experiences and reviews illustrate a powerful argument for their capabilities. There are many ways nootropics enhance your brain function such as modulating receptor sites (positively impacting receptor sites), synaptic enzymes (breaking down specific neurotransmitters), membrane structures (controlling the movement inside and outside of the cell), cerebral perfusion (improving blood flow to the brain), biogenic processes (life regenerating), and neuroendocrine regulation (regulating physiological processes of the body).

Examples of nootropics are:

Choline is an essential micronutrient that plays a role in several important processes carried out in your body every day. Choline is important for brain development, detoxification, metabolism, liver and gallbladder function, muscle movement, and digestion. Choline donors work through different pathways in the nervous system to ensure adequate amounts of choline.

Examples of choline donors are:

Alpha GPC, a compound that prevents cognitive decline, protects the brain, reduces inflammation, and increases attention, memory, and growth hormone production (which slows down aging and helps you lose weight).

Amino acids are the building blocks of life because they combine together to form protein. As the precursors to your neurotransmitters and hormones, amino acids perform many body functions including repairing tissues, providing energy, improving mental and physical performance, and helping to grow muscle.

Examples of amino acids are:

Examples of nootropic vitamins are:

Examples of adaptogen extracts are:

Minerals are similar to the nootropic vitamins in the sense that they are specific minerals in a highly absorbable form, able to cross the blood-brain barrier. These minerals work synergistically and are required for important regulatory processes.

Examples of minerals are:

These are compounds specific to tackling oxidative stress and inflammation in the brain. By targeting the brain, these compounds are involved in various processes such as supporting nutrient transport and utilization, and regulating nervous system stimulation, hormonal secretion, and cholesterol.

Examples of anti-inflammatories and antioxidants are:

So now that you know the difference between smart drugs and nootropics, the most common and best nootropic ingredients, and how to support your system while taking these compounds it’s time to experiment. Go out and find one of these compounds in a supplement, or perhaps added to coffee or tea. Or maybe even consider trying to build your own stack. Whatever you decide to do, unlocking your brain’s potential can be one of the most fun and exciting practices in the quest to self-optimization. 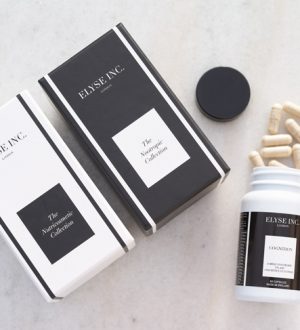